This guide exists to help your team standardize the look of code to prevent unnecessary merge conflicts and make code easier to read and understand.

Rationale: The whole idea behind indentation is to clearly define where a block of control starts and ends. Especially when you've been looking at your screen for 20 straight hours, you'll find it a lot easier to see how the indentation works if you have large indentations.

With tab characters, it is up to user preference how many characters deep indents look. No more flame wars (We're looking at you Linus. Eight characters, really?)

If you choose to exclusively use tabs, it is highly recommended that you modify your Atom settings to ensure that tabs are always used for indentation. This setting can be changed by modifying Settings->Editor->Tab Type to "hard". This will prevent the editor from using spaces for indentation.

The preferred way to ease multiple indentation levels in a switch statement is to align the switch and its subordinate case labels in the same column instead of double-indenting the case labels. E.g.:

Don't put multiple statements on a single line unless you have something to hide:

Outside of comments and documentation, spaces are never used for indentation, and the above example is deliberately broken.

Get a decent editor and don't leave whitespace at the end of lines.

Coding style is all about readability and maintainability using commonly available tools.

The ideal maximum line length is 120 columns, and this is a strongly preferred limit.

Statements longer than 120 columns should be broken into sensible chunks, unless exceeding 120 columns significantly increases readability and does not hide information. Descendants are always substantially shorter than the parent and are placed substantially to the right. The same applies to function headers with a long argument list. However, never break user-visible strings such as printk messages, because that breaks the ability to grep for them.

Note: since most people have screens that support 120+ characters across, there doesn't have to be an 80-character line length limit. However, documentation comments should strive to meet this limit for readability and everyone's sanity

The other issue that always comes up in C styling is the placement of braces. Unlike the indent size, there are few technical reasons to choose one placement strategy over the other, but the preferred way, as shown to us by the prophets Kernighan and Ritchie, is to put the opening brace last on the line, and put the closing brace first, thus:

This applies to all non-function statement blocks (if, switch, for, while, do). E.g.:

Also, note that this brace-placement also minimizes the number of empty (or almost empty) lines, without any loss of readability. Thus, as the supply of new-lines on your screen is not a renewable resource (think 25-line terminal screens here), you have more empty lines to put comments on.

Do not unnecessarily use braces where a single statement will do.

This does not apply if only one branch of a conditional statement is a single statement; in the latter case use braces in both branches:

C is a Spartan language, and so should your naming be. Unlike Modula-2 and Pascal programmers, C programmers do not use cute names like ThisVariableIsATemporaryCounter. A C programmer would call that variable tmp, which is much easier to write, and not the least more difficult to understand.

However, while mixed-case names are frowned upon, descriptive names for global variables are a must. To call a global function foo is a shooting offense.

Global variables (to be used only if you really need them) need to have descriptive names, as do global functions. If you have a function that counts the number of active users, you should call that count_active_users() or similar, you should not call it cntusr().

Encoding the type of a function into the name (so-called Hungarian notation) is brain damaged - the compiler knows the types anyway and can check those, and it only confuses the programmer. No wonder MicroSoft makes buggy programs.

LOCAL variable names should be short, and to the point. If you have some random integer loop counter, it should probably be called i. Calling it loop_counter is non-productive, if there is no chance of it being misunderstood. Similarly, tmp can be just about any type of variable that is used to hold a temporary value.

If you are afraid to mix up your local variable names, you have another problem, which is called the function-growth-hormone-imbalance syndrome.

Functions should be short and sweet, and do just one thing. They should fit on one or two screenfuls of text, and do one thing and do that well.

The maximum length of a function is inversely proportional to the complexity and indentation level of that function. So, if you have a conceptually simple function that is just one long (but simple) case-statement, where you have to do lots of small things for a lot of different cases, it's OK to have a longer function.

However, if you have a complex function, and you suspect that a less-than-gifted first-year high-school student might not even understand what the function is all about, you should adhere to the maximum limits all the more closely. Use helper functions with descriptive names (you can ask the compiler to in-line them if you think it's performance-critical, and it will probably do a better job of it than you would have done).

Another measure of the function is the number of local variables. They shouldn't exceed 5-10, or you're doing something wrong. Re-think the function, and split it into smaller pieces. A human brain can generally easily keep track of about 7 different things, anything more and it gets confused. You know you're brilliant, but maybe you'd like to understand what you did 2 weeks from now.

In source files, separate functions with one blank line. In function prototypes, include parameter names with their data types.

These should be placed immediately before the function prototype they are describing in a header file.

Sometimes it is necessary to explain a particularly complex statement or series of statements. In this case, you should use inline comments, placed either immediately before or trailing the line or lines in question. In general, prefer placing such comments before offending lines, unless the comment is quite short. These comments should start with a // followed by a space. If they are placed trailing a line, they should be separated from the end of the line by one space.

In the above example, there is a line of code that has been commented out. This is fine to do while testing, but any commented out lines of code should be removed before any merge into the master branch takes place, unless a compelling reason can be presented for them to remain.

Notes to Other Developers (Or Yourself)

When writing code, it can sometimes be useful to leave notes to other developers or to yourself in the future. Examples of these include:

Notes starting with these keywords (case sensitive) are automatically highlighted in the PROS Editor.

Wherever possible, don't use preprocessor conditionals (#if, #ifdef) in .c files; doing so makes code harder to read and logic harder to follow. Instead, use such conditionals in a header file defining functions for use in those .c files, providing no-op stub versions in the #else case, and then call those functions unconditionally from .c files. The compiler will avoid generating any code for the stub calls, producing identical results, but the logic will remain easy to follow.

Prefer to compile out entire functions, rather than portions of functions or portions of expressions. Rather than putting an ifdef in an expression, factor out part or all of the expression into a separate helper function and apply the conditional to that function.

At the end of any non-trivial #if or #ifdef block (more than a few lines), place a comment after the #endif on the same line, noting the conditional expression used. For instance:

These rules can be auto-formatted. 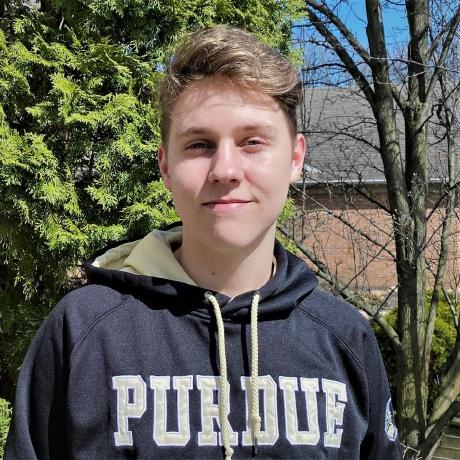