Vex drivetrains are assemblies, generally made of wheels, used to traverse the VRC field. Each drivetrain has its own set of advantages and disadvantages. 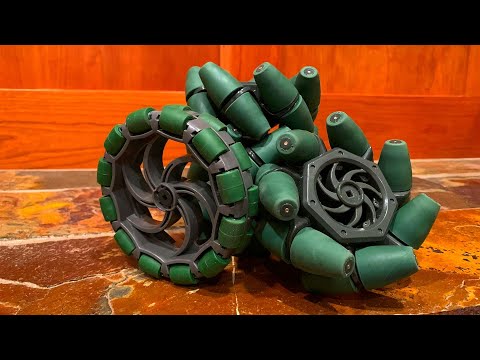 In addition, this article by Vex goes into great detail about the nuances of each drive as well as how to select one.

These are the four most common types of Vex Drivetrains:

The drivetrain you choose will depend on the tasks you want your robot to accomplish.

This is by far the most common and simplest drivetrain in Vex. It generally uses 4-6 omni or traction wheels, half on each side, allowing for forward and backward movement, as well as turning.

Advantages and Disadvantages: The Tank Drive is very simple to build and consistently performs well. Many former world champions have used the Tank Drive for its simplicity. However, it suffers both from being able to be pushed sideways and from an inability to strafe.

One solution to the problem of being pushed from the side utilizes locked omni wheels and is sometimes referred to as the "Bling Drive": 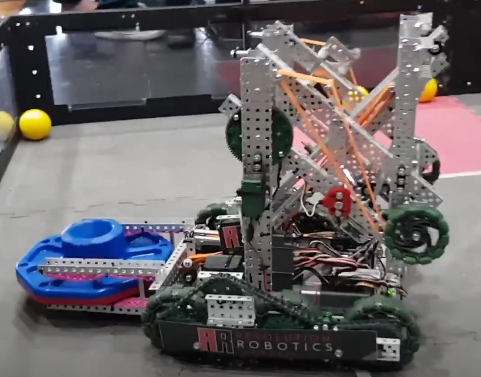 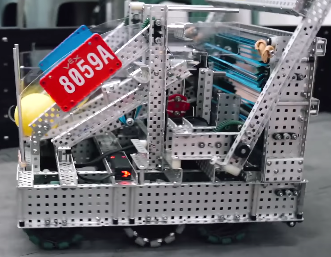 An alternative to locked omni wheels which is becoming more prevalent is wrapping a Vex traction tire around a 30-tooth sprocket as shown in 7700R's Tower Takeover Robot Explanation. This diameter of this assembly is very close to the diameter of a 4" Vex omni wheel, making it a viable alterative for those who don't wish to lock their omni wheels.

The Mecanum Drive is just as simple to build as the Tank Drive, but has the ability to drive sideways. It uses Vex Mecanum wheels in order to drive, turn, and strafe.

Advantages and Disadvantages: The Mecanum Drive is simple to build and, while mecanum wheels are thicker than omni wheels, it takes up little space. The Mecanum Drive is also difficult to push from the side, however it strafes more slowly than it drives forward. Because Vex mecanum wheels have only 7 sets of rollers, driving is often "clunky", which is a disadvantage when programming autonomous functions using the integrated motor encoders.

The Mecanum Drive was utilized by 7K's Tower Takeover Robot. Mecanum wheels are especially effective in games like Tower Takeover which involve rows of game elements or aligning with the field perimeter.

NOTE: When building a Mecanum Drive, the wheels must be orientated in a certain manner to allow for strafing. The most common setup involves the top rollers of the wheels forming and "x" shape as shown above. The important thing here is that wheels in opposite corners have their rollers pointing in the same direction.

The X-Drive is a bit more complex to build than either the Tank or Mecanum Drives, but it allows for greater maneuverability than the Mecanum Drive.

Advantages and Disadvantages: The X-Drive is the most maneuverable Vex drivetrain and, unlike the Mecanum Drive, its forward speed is equal to its sideways speed. However, the wheel assemblies take up quite a bit of room on a robot, leaving less space for mechanisms.

One interesting thing to note about the X-Drive is its speed compared to a tank drive. Given a tank drive and an X-Drive with the same wheel size and motor cartridges, the X-Drive has a higher maximum speed. The math behind this is shown in this article by AURA.

This is a Simpler X-Drive Design which uses metal attached at an angle rather than 45 degree angle brackets:

It is also a viable option when creating an X-Drive.

The H-Drive is constructed very similarly to the Tank Drive. However, it contains a wheel in the center of the robot which both allows for strafing and prevents being pushed from the side. This is not a common drivetrain choice, but can be a viable one.

Advantages and Disadvantages: The H-Drive has more maneuverability and can resist pushing from the side more effectively than the Tank Drive due to its extra strafe wheel. However, its sideways motion is generally either slower or weaker than its forward motion. In addition, it takes an extra motor to power the center wheel. This takes away one motor from mechanisms, which is often not worth the tradeoff.

The H-Drive was utilized by 99904A's Turning Point Robot to complement their sideways catapult.

NOTE: When building an H-Drive, it is crucial that the center wheel contact the field in roughly the same manner as the other four. To accomplish this, the mounting for this wheel can be spaced down slightly, or a tensioning system can be used to pull the center wheel into the ground.

The performance of any drivetrain is based not only on the type selected, but also on the quality with which it is designed and built. This Vex Forum thread on Designing a Quality Drive is a great resource for newer teams interested in maximizing their drive's performance.

There are 4 main components to designing and building a quality drive:

Contributing Teams to this Article: